Soil damage that might a-maize you ? Time to cover up !

As a research technician at Lancaster University, last growing season we assessed whether undersowing cover crop mixtures in maize would affect soil water retention and movement. We hoped that cover crops might protect the soils from erosion during the winter months. Last October, when the crop was harvested, was the wettest since 2014. The contractors had to wait over two weeks for the soils to be dry enough to avoid getting their heavy machinery stuck. 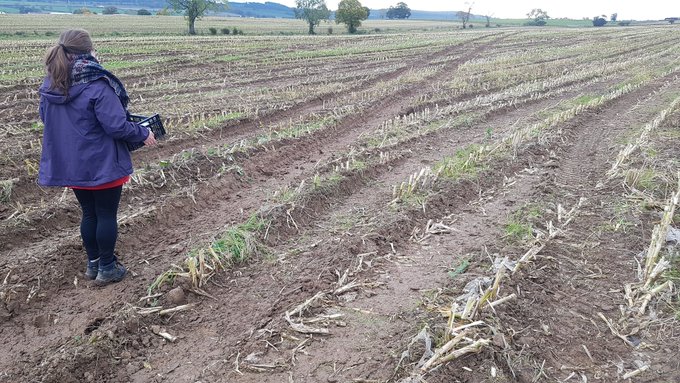 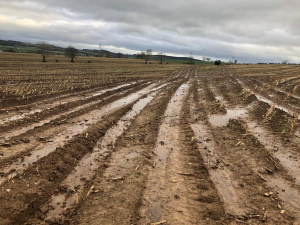 I was unprepared for the spectacle post-harvest, as the entire field looked like it had been used as a motorway. Since our trial area was the driest patch of the field, it was used as an access point during harvesting and was particularly badly damaged. There were hardly any cover crops to be seen. A month later, the field started showing signs of waterlogging due to the compaction caused by the traffic. By Christmas, the conditions had rapidly deteriorated, with runoff stripping the topsoil, transporting sediment to the end of the field and down the road. The winter months have left clear signs of erosion behind. 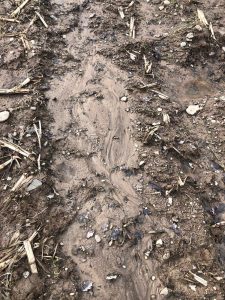 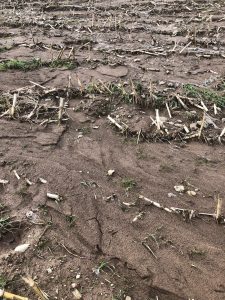 The farmer is aware of the damage and doesn’t want a repeat. We are continuing to work with cover crops together. This year, he is interested in interseeding rye grass in all his maize fields. We hope that earlier (cover) crop establishment will better protect the soil from harvesting operations later this year.

Since working with SHui, and after this experience, I’ve become increasingly interested in working with farmers to reduce soil degradation, manage the excess water, and improve ecosystem services, helping farmers build resilience to a changing climate. With the support of the Perry Foundation and the James Hutton Institute, I will soon start a PhD project to research the potential benefits of increased plant diversity to enhance soil-associated ecosystem services in agroecosystems. I want to support farmers by increasing crop resilience to abiotic stress and minimise environmental degradation of the sort I’ve described here. 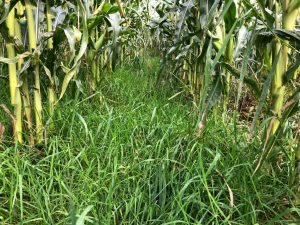 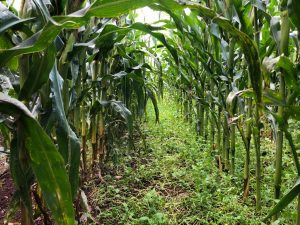 SHui has opened my eyes to the challenges of arable cropping in Cumbria, and similar challenges faced by farmers in other countries across our project. I’m greatly looking forward to contributing to solving these challenges through my PhD research, which will continue beyond SHui.