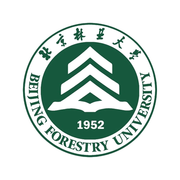 In Hydrology and Earth System Sciences

Climate change and agricultural intensification are expected to increase soil erosion and sediment production from arable land in many regions. However, to date, most studies have been based on short-term monitoring and/or modeling, making it difficult to assess their reliability in terms of estimating long-term changes. We present the results of a unique data set consisting of measurements of sediment loads from a 60 ha catchment – the Hydrological Open Air Laboratory (HOAL) – in Petzenkirchen, Austria, which was observed periodically over a time period spanning 72 years. Specifically, we compare Period I (1946–1954) and Period II (2002–2017) by fitting sediment rating curves (SRCs) for the growth and dormant seasons for each of the periods. The results suggest a significant increase in sediment loads from Period I to Period II, with an average of 5.8 ± 3.8 to 60.0 ± 140.0 t yr−1. The sediment flux changed mainly due to a shift in the SRCs, given that the mean daily discharge significantly decreased from 5.0 ± 14.5 L s−1 for Period I to 3.8 ± 6.6 L s−1 for Period II. The slopes of the SRCs for the growing season and the dormant season of Period I were 0.3 and 0.8, respectively, whereas they were 1.6 and 1.7 for Period II, respectively. Climate change, considered in terms of rainfall erosivity, was not responsible for this shift, because erosivity decreased by 30.4 % from the dormant season of Period I to that of Period II, and no significant difference was found between the growing seasons of periods I and II. However, the change in sediment flux can be explained by land use and land cover change (LUCC) and the change in land structure (i.e., the organization of land parcels). Under low- and median-streamflow conditions, the land structure in Period II (i.e., the parcel effect) had no apparent influence on sediment yield. With increasing streamflow, it became more important in controlling sediment yield, as a result of an enhanced sediment connectivity in the landscape, leading to a dominant role under high-flow conditions. The increase in crops that make the landscape prone to erosion and the change in land uses between periods I and II led to an increase in sediment flux, although its relevance was surpassed by the effect of parcel structure change under high-flow conditions. We conclude that LUCC and land structure change should be accounted for when assessing sediment flux changes. Especially under high-flow conditions, land structure change substantially altered sediment fluxes, which is most relevant for long-term sediment loads and land degradation. Therefore, increased attention to improving land structure is needed in climate adaptation and agricultural catchment management.