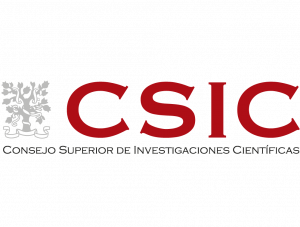 This study evaluated the effect on SOC concentration, stock and fractions in a dehesa divided into two areas ofsimilar soil type but different soil management. Thefirst area was a pastured dehesa (P) with young Holm oaks,planted in 1995 (70 trees ha−1, 12 m × 12 m) and, since 2000, grazed by sheep (3 sheep ha−1) with an averageperiod of grazing of six months a year. Prior to this it was managed in the same way as the second adjacent area.The second area was a cropped dehesa (C) with widely spaced mature Holm oak (14 trees in a 12-ha dehesa), onwhich a mixture of vetch and oats was cultivated every three years and tilled with a chisel plough. After 22 yearsboth dehesas showed similar SOC stock distribution amongst areas with different soil management, with ap-proximately 40 t ha−1in the top 100 cm of the soil. The P dehesa only showed higher SOC stock than the Cdehesa on the surface 0–2 cm (5.86 ± 0.56 t ha-1vs3.24 ± 0.37 t ha−1). The influence of the trees, increasingSOC concentration and content when compared to the area outside the canopy projection, was only detectedunder the mature trees in the C dehesa. In the area outside the tree canopy, both systems showed a similardistribution of soil organic carbon among their different fractions, with the unprotected fraction being thedominant one, followed by the physically and chemically protected fractions. In the C dehesa, the mature trees’presence significantly modified the distribution of soil organic carbon in their surroundings, increasing therelevance of the unprotected fraction. The distribution of soil organic carbon in the unprotected and physicallyand chemically protected fractions were strongly correlated to the overall organic carbon concentration in thesoil, indicating the rapid response of these three fractions to management, with the biochemically protectedfraction showing no correlation, suggesting a high resilience to the changes in carbon budget.